Forgiveness for Many: How to Solve the Student Loan Crisis

I’ve spent most of the last decade helping borrowers deal with the financial devastation caused by student loans.

In that time, despite government attempts to make things better, the cost of college continued to rise, and the student loan crisis continued to worsen.

I’ve criticized Republicans, Democrats, the Department of Education, loan servicers, lenders, colleges, and more. The time has come to stop blaming and to suggest a better way.

I’ve advocated for student loan forgiveness for all, but I don’t see such a solution realistically happening in the near future.

As a result, borrowers and advocates should push the government to revamp the student loan system. My proposed tweaks to interest rates, repayment plans, lending, and loan forgiveness could provide immediate help to millions and improve higher education in America.

The government is a huge beneficiary when Americans attend college.

It is estimated that between the increased tax revenue and the reduced use of government services, a bachelor’s degree is, on average, a $355,000 net benefit to the government.

Charging 0% interest on student loans isn’t a handout to borrowers. It is a brilliant investment by the government.

Admittedly, bad actors taking advantage of future students is a potential downside to having federal student loans set at 0%. Fortunately, there is a relatively easy fix to that problem as well.

The Government Should Lend Based on College Success Rates

When the government lends money to students to attend college, it doesn’t always get paid back.

The government should adopt an incentive-based program to encourage colleges to charge a fair price, train their students well, and help them find good jobs.

The formula could be straightforward: If 90% of the student loans used to attend a college eventually get paid back, then the government should be willing to offer student loans to cover 90% of the cost of education.

Suppose a school is costly, doesn’t lead to good jobs, and only 20% of the loans eventually get repaid. In that circumstance, the government should only be willing to lend up to 20% of the cost of attendance.

To help even the playing field, the government could allow colleges to cosign student loans. If a school only qualifies for 50% on federal student loans, the school could assume the risk for any additional borrowing.

This system would help drive college prices down and help graduates in the job market. Best of all, it would make high school students more intelligent consumers. Attending a lousy for-profit school might become unaffordable for many potential students. This system will incentivize people to attend reasonably priced schools with a track record of success.

The government has the right idea with Income-Driven Repayment plans, so only a few tweaks are necessary.

For starters, borrowers shouldn’t have to navigate a complicated list of IDR options. Instead, there should be one Income-Based Repayment plan that charges based upon how much the borrower earns. Penalizing married borrowers should end immediately.

Enrollment in the IDR plan should be automatic. The government has your tax records and can easily calculate payments without borrower involvement. The yearly enrollment requirements of the current system are unnecessary.

Finally, forgiveness should come after 20 years of repayment. (Borrowers working in public service should still qualify for forgiveness after ten years.) Many borrowers would have already earned forgiveness, but they missed out because they were on the wrong repayment plan or didn’t consolidate at the right time. Others failed to qualify because they listened to flawed advice from their federal student loan servicer.

Under the current rules, the government profits from unnecessary bureaucracy, confusion, and lousy loan servicing. It isn’t right, and it is fixable.

That nonsense should end immediately.

If the government sets federal interest rates at 0%, it should apply retroactively.

If you have already repaid more than what you originally borrowed, you have done enough. Whether or not this is “forgiveness” depends on how you look at it. No matter what you call it, these borrowers deserve to move forward with a life free of student debt.

Similarly, we should erase the student loans of borrowers who have been in repayment for 20 years or more. If you have spent two decades or more trying to repay your debt, you have done enough.

If you have been in repayment for 20 years or more, it probably means something went wrong. Your college may have charged too much, or maybe they didn’t adequately prepare you for the workforce. In either scenario, this extended repayment is a strong indication that the Department of Education failed in its oversight capacity. It is time to correct this mistake.

Set interest rates to 0%,Borrowers pay what they can for 20 years, andStop lending money to schools that offer no value.

These ideas are not new. Tweaks might be necessary. However, the concept is simple: the government shouldn’t profit from helping people go to college, and schools need to charge a fair price.

We can ensure that all Americans have access to an affordable education, and we can end the hardships faced by millions due to a flawed system. 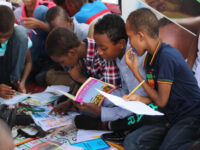 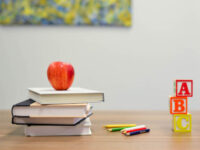